As a memorial to those who died in the First World War it was decided to commission a stained glass window. The artist chosen to design the window was Horace Wilkinson. 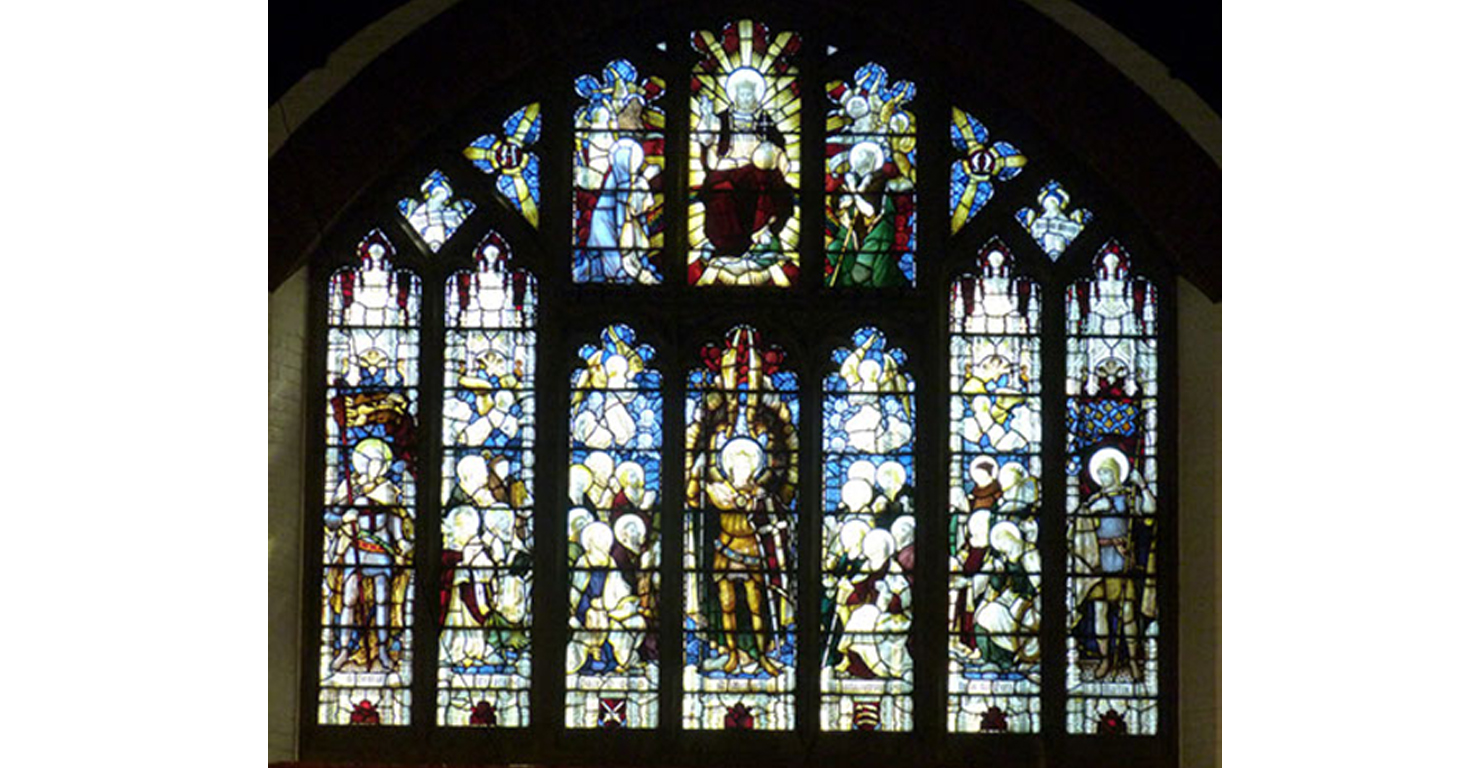 The window symbolises the Te Deum. The upper central light shows Christ crowned and robed seated on a rainbow throne. Kneeling at his feet are the Virgin Mary and John the Baptist. He is surrounded by circles of Seraphim and Cherubim and the symbols of Alpha and Omega. Above are the four Evangelists: the Man St Matthew, the Lion St Mark, the Bull St Luke and the Eagle St John.

The lower panels depict the three military saints St George, St Michael and St Martin, plus a host of other figures. On the left is St George and to the right of him four figures representing the Holy Church throughout the world. On the right is St Martin of Tours, bearing the lilies of France and representing both the French allies and St Martin-in-the-Fields*.

To the left of him is the Noble Army of Martyrs represented by St Catherine with her wheel and St Stephen. Above them are the Goodly Fellowship of the Prophets, represented by King David who is carrying his harp and by the prophet Isaiah.

In addition, there are two beautifully gilded, carved panels on two of the pillars in the Nave. One carried a dedication, the other the names of the men who died and their respective regiments. 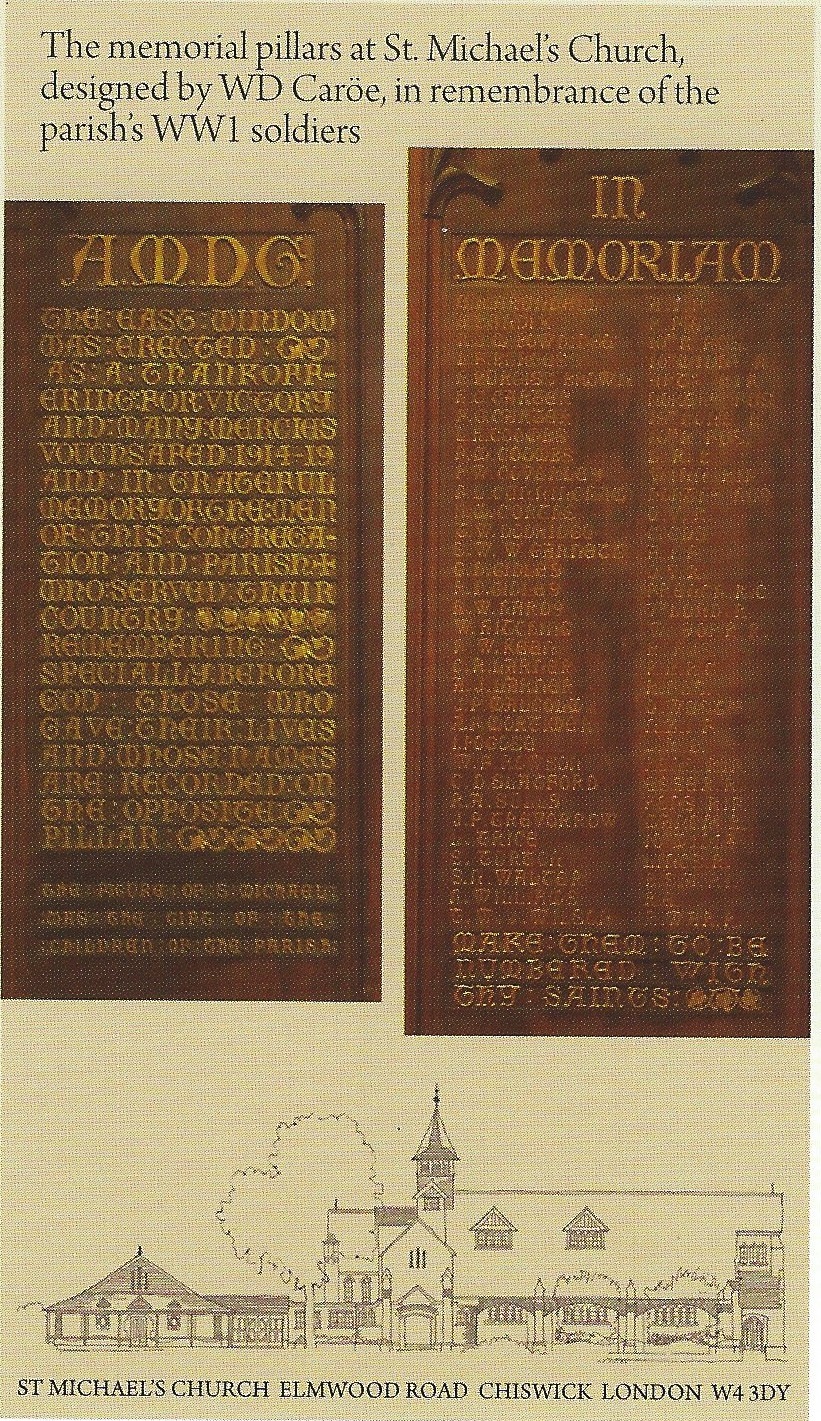 The Dedication of the War Memorial window and pillars at St Michael’s Church took place on Saturday April 24th, 1920 and is described in the May edition of the Parish Magazine.

In October 1915, following generous donations from families of the men, Heroes of Chiswick project team and present parishioner donations plus the proceeds from some fundraising events, the panel with the men's names was regilded.

It is hoped to be able to regild the panel with the dedication too.