We Remember ... Heroes of the Faith at St. Michael's - Rev Leonard Edmund Shelford 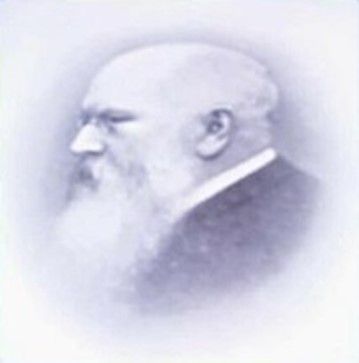 The Rev Leonard Shelford was one of the ‘fathers’ of St. Michael’s. It was he who decided to close St Michael’s, Burleigh Street (off the Strand) in 1905, as the population there was falling. The money raised from the sale of the site (where part of the Strand Palace Hotel now stands) was used to build St. Michael’s, Sutton Court and some of the fixtures in the old church, including the pulpit, font and plate were transferred to Chiswick. Rev Shelford was Patron of the new parish and appointed his son (Leonard McNeill Shelford) as its first vicar. He was ‘deeply hurt’ by some of the criticisms which followed this appointment, telling the press that his son has shown his fitness for the task through his successful incumbencies in the London Diocese over the previous 12 years.

Rev Shelford was born in 1836 in Preston, Suffolk to a long line of clerics. After King’s College, London he served as Vicar in Upper Clapton, Rector in Stoke Newington and Prebendary of St. Paul’s before being appointed Vicar of St Martin-in-the-Fields in 1903 at the age of 67. He married first, Flora MacKay in 1867 then, after her death in 1892, Alice Duffield.

‘Bearded, formidable and looking like an Old Testament prophet’, Leonard Shelford was a strong and influential character. As the Bishop of London noted, he had the ‘ripe experience of a man, the enthusiasm of a youth and the heart of a child.’ In a legal dispute with the Westminster Council over the ownership of a Vestry, the Vicar emerged triumphant and was awarded costs after a seven day court hearing.
We are grateful that St Michael’s had such an active and enthusiastic advocate and Patron during the earliest days of the parish.
*Quotes from “Saint-Martin-in-the-Fields” by Malcolm Johnson, Phillimore, 2005